-noun
1. a mythical monster usually represented as breathing fire and having a scaly reptilian body, wings, claws, and a long tail
2. (informal) a fierce, violent person.
3. (informal) a very watchful and strict woman.
4. any of various very large lizards, especially the Komodo dragon
5. any of various North American aroid plants, especially the green dragon
6. (Christianity) a manifestation of Satan or an attendant devil
7. a yacht of the International Dragon Class, 8.88m long (29.2 feet), used in racing
8. Archaic. a huge serpent or snake. 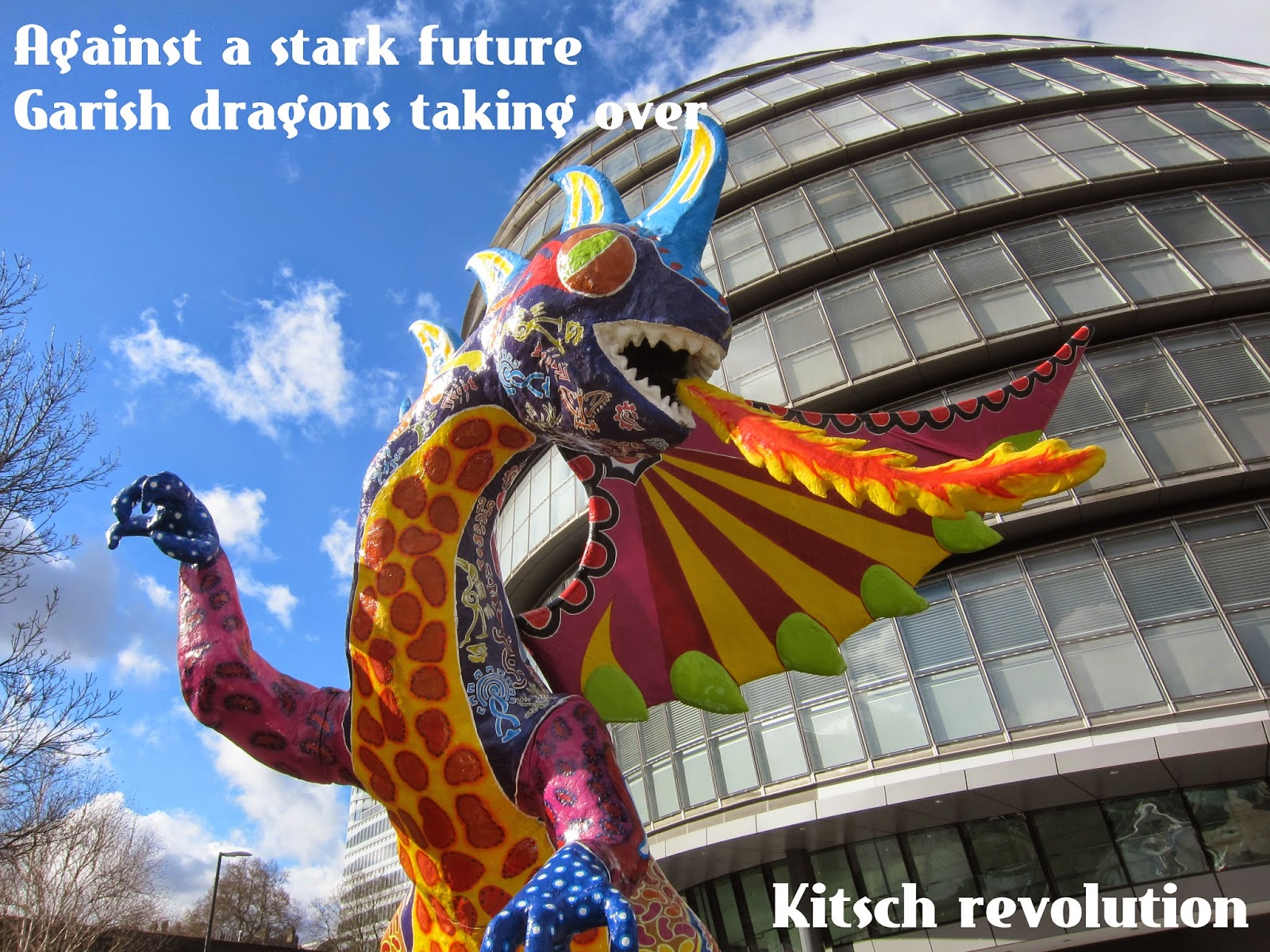 Against a stark future
Garish dragons taking over
Kitsch revolution