-verb (intr.) usually followed by “in”
1. to lie in or be exposed to pleasant warmth, especially that of the sun
2. to flourish or feel secure under some benevolent influence or favourable condition 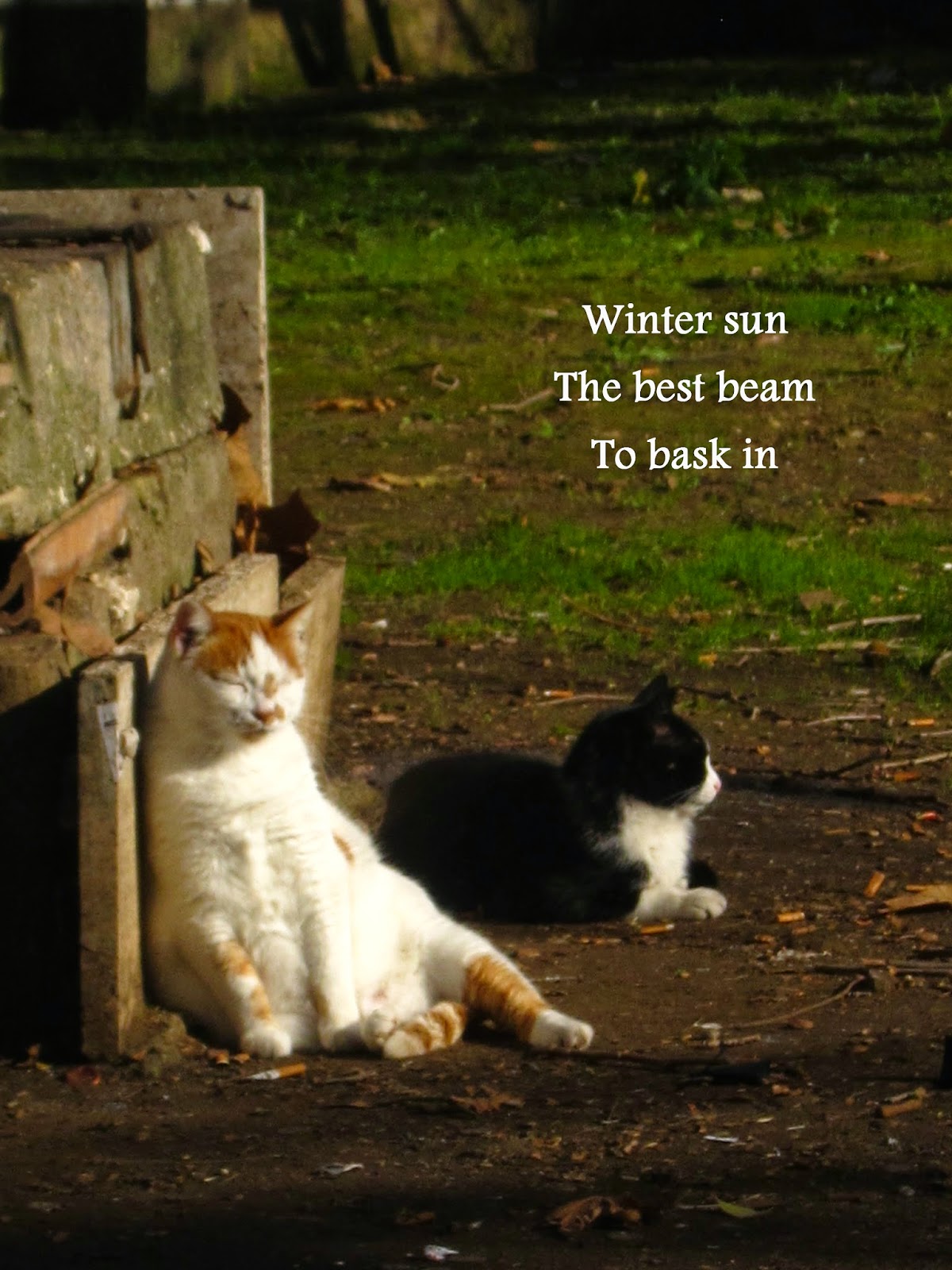 Winter sun
The best beam
To bask in

Posted by spacedlaw at Saturday, January 31, 2015 No comments: Links to this post

-noun
1. a written document signed by a large number of people demanding some form of action from a government or other authority
2. any formal request to a higher authority or deity; entreaty
3. (law) a formal application in writing made to a court asking for some specific judicial action
4. the action of petitioning
-verb
5. (trans.) to address or present a petition to (a person in authority, government, etc.)
6. (intr.) followed by “for” . to seek by petition 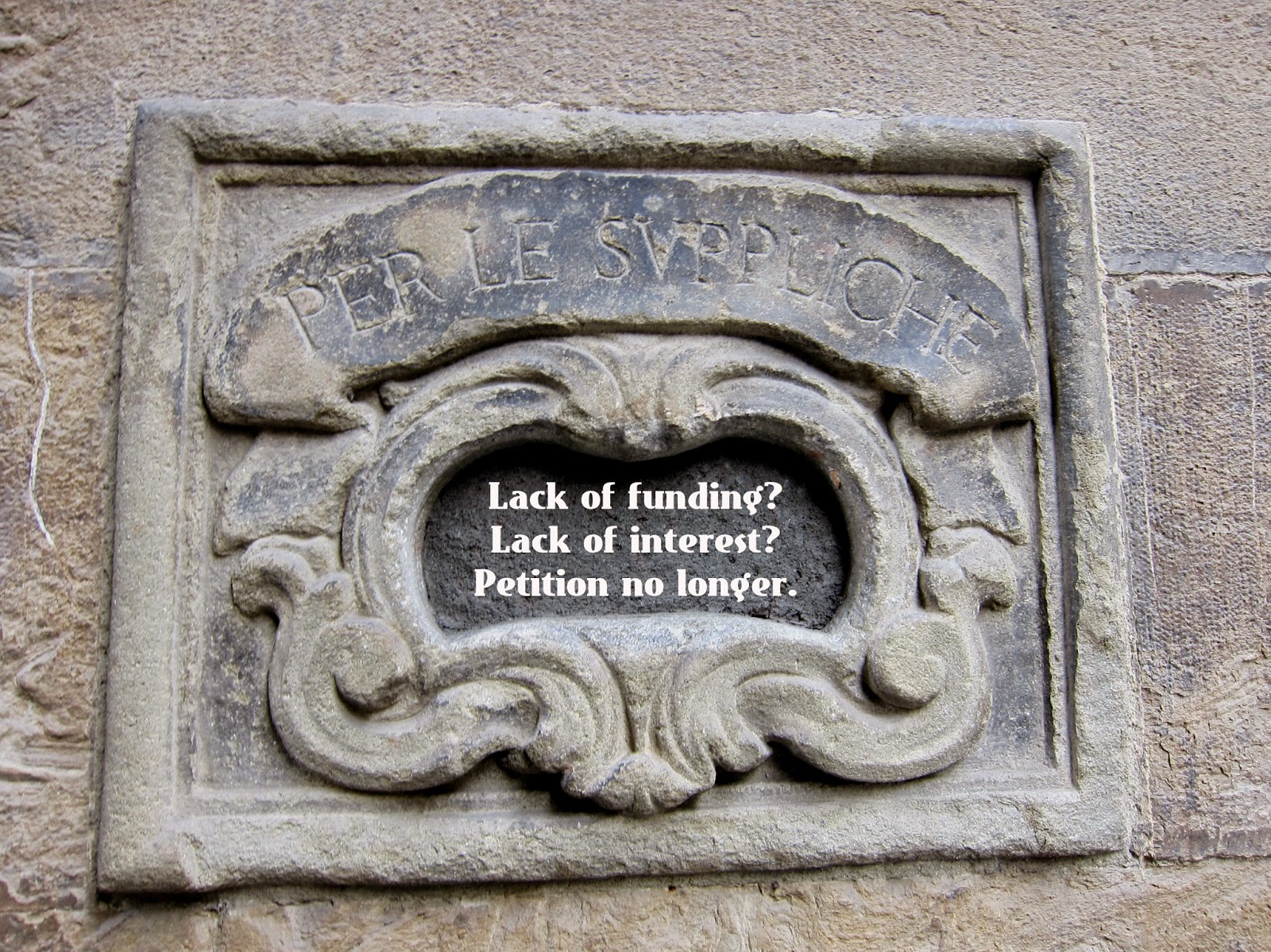 Lack of funding?
Lack of interest?
Petition no longer.
Posted by spacedlaw at Friday, January 30, 2015 No comments: Links to this post 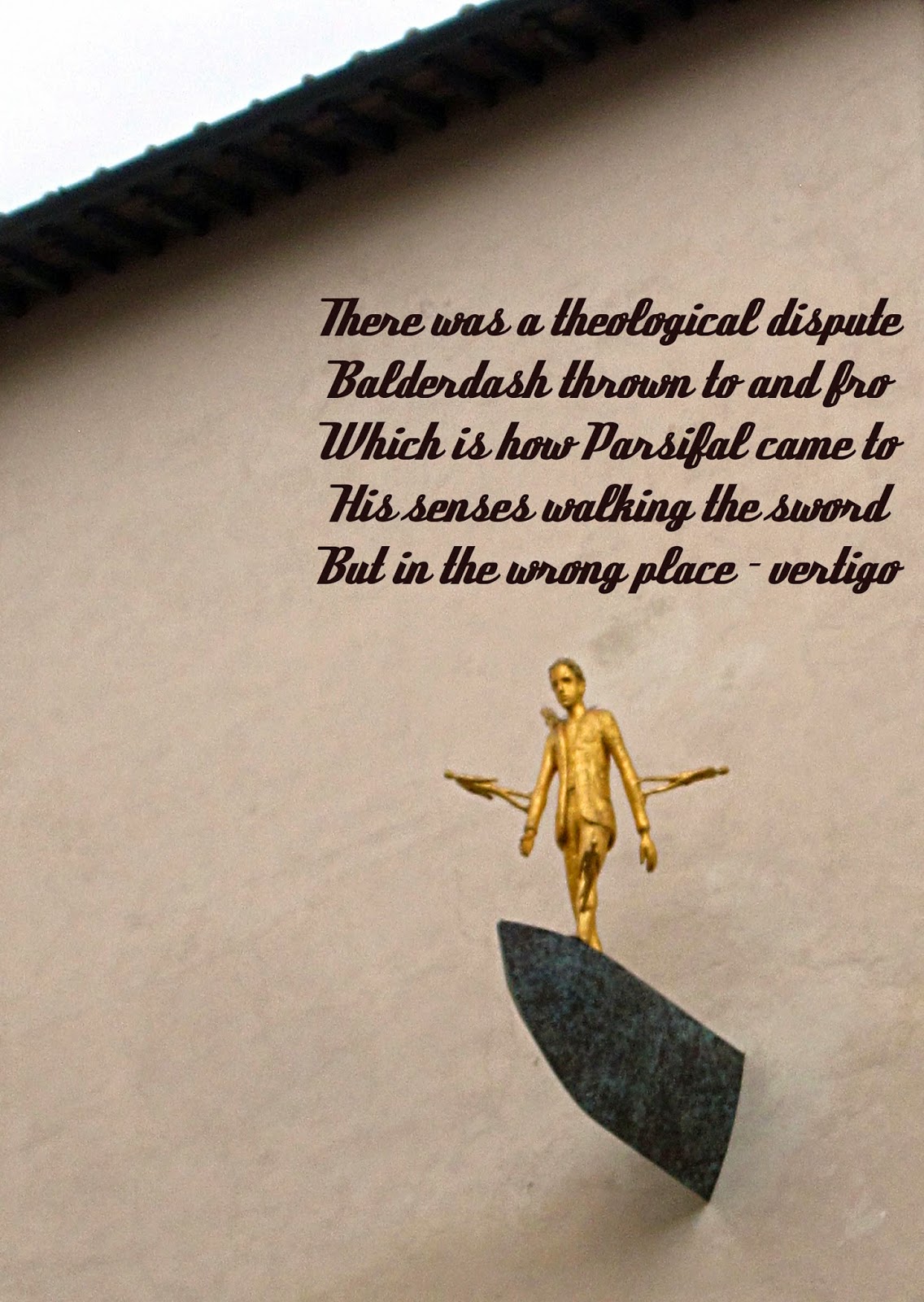 There was a theological dispute
Balderdash thrown to and fro
Which is how Parsifal came to
His senses walking the sword
But in the wrong place - vertigo
Posted by spacedlaw at Thursday, January 29, 2015 No comments: Links to this post 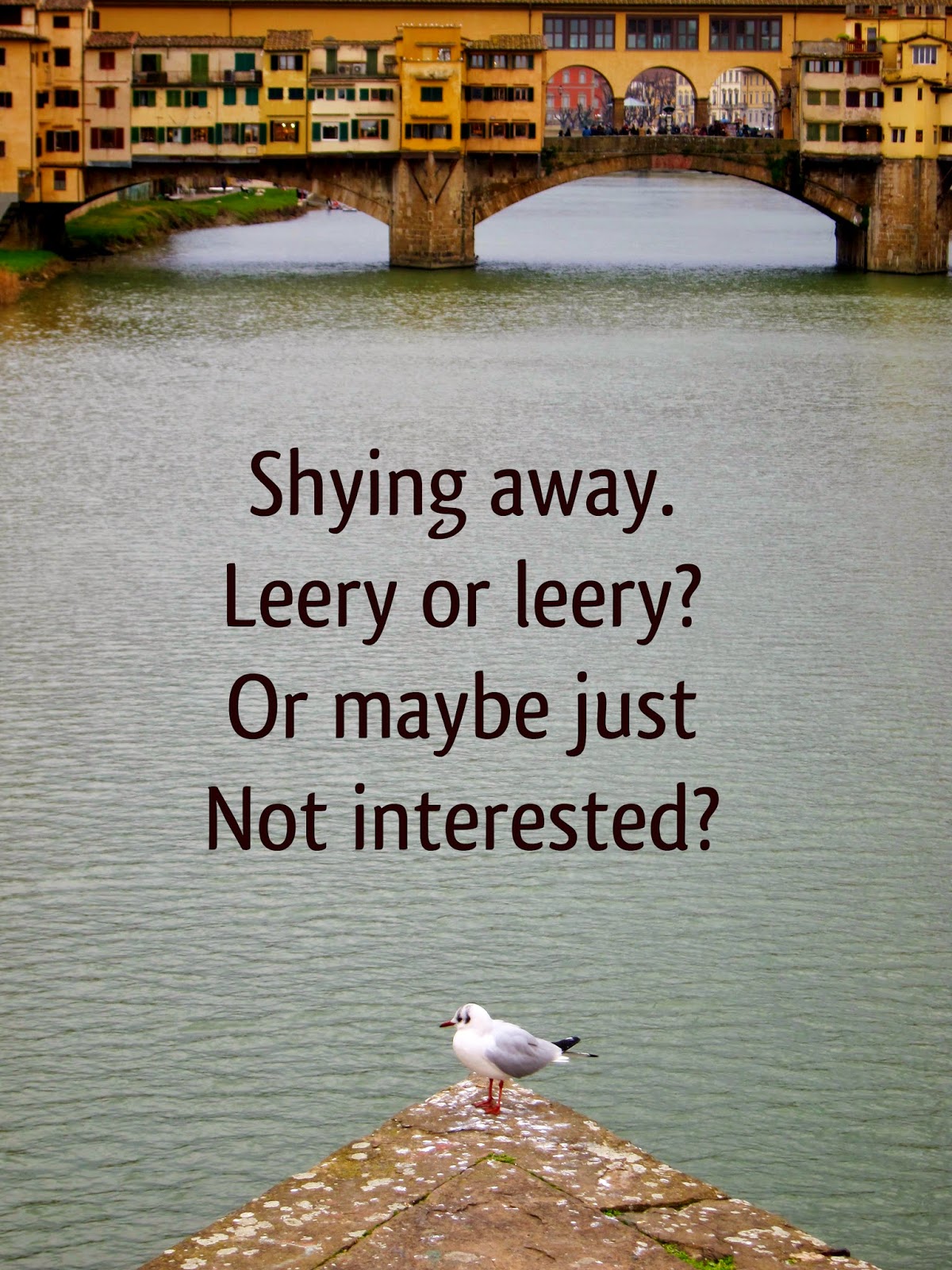 Shying away.
Leery or leery?
Or maybe just
Not interested?
Posted by spacedlaw at Wednesday, January 28, 2015 No comments: Links to this post