-noun
(rhetoric) . the conclusion of a speech or discourse, in which points made previously are summed up or recapitulated, especially with greater emphasis 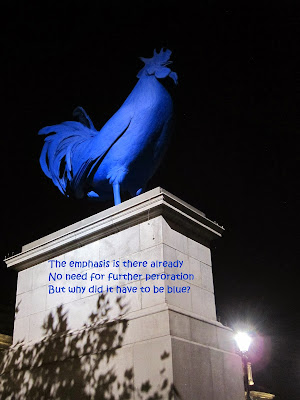 The emphasis is there already
No need for further peroration
But why did it have to be blue?

Posted by spacedlaw at Thursday, October 31, 2013 No comments:

-noun
1. (formal) . a dislike of work or effort; laziness; idleness.
2. (pathology) . the fact or state of causing little pain
3. (pathology) . (especially of a painless ulcer) slowness to heal 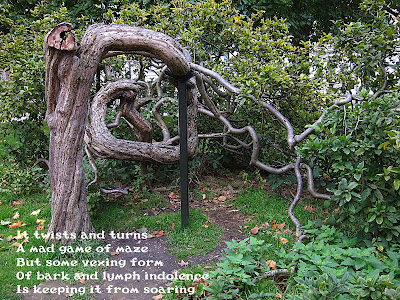 It twists and turns
A mad game of maze
But some vexing form
Of bark and lymph indolence
Is keeping it from soaring
Posted by spacedlaw at Wednesday, October 30, 2013 1 comment:

-noun
1. a group of five singers or instrumentalists or a piece of music composed for such a group
2. any group of five 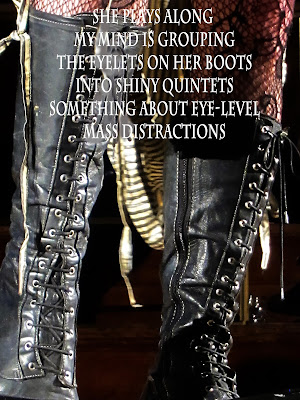 Posted by spacedlaw at Tuesday, October 29, 2013 No comments:

-noun
1. an individual peculiarity of character; mannerism or foible
2. an unexpected twist or turn
3. a continuous groove in an architectural moulding
4. a flourish, as in handwriting 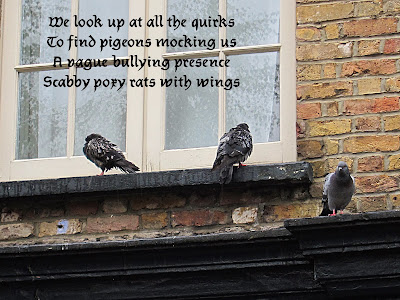 We look up at all the quirks
To find pigeons mocking us
A vague bullying presence
Scabby poxy rats with wings
Posted by spacedlaw at Monday, October 28, 2013 No comments:

-noun
1. any of various marine bivalves of the family Pectinidae, having a fluted fan-shaped shell: includes free-swimming species (genus Pecten) and species attached to a substratum (genus Chlamys)
2. the edible adductor muscle of certain of these molluscs
3. either of the shell valves of any of these molluscs
4. a scallop shell or similarly shaped dish, in which fish, especially shellfish, is cooked and served
5. one of a series of curves along an edge, especially an edge of cloth
6. the shape of a scallop shell used as the badge of a pilgrim, especially in the Middle Ages (mainly 7. Australian) a potato cake fried in batter
-verb
8. (trans.) to decorate (an edge) with scallops
9. to bake (food) in a scallop shell or similar dish
10. (intr.) to collect scallop 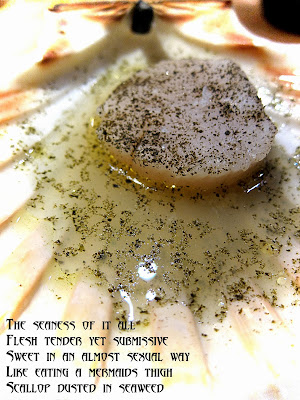 -noun
an uncontrollable urge or desire, especially for something harmful; mania 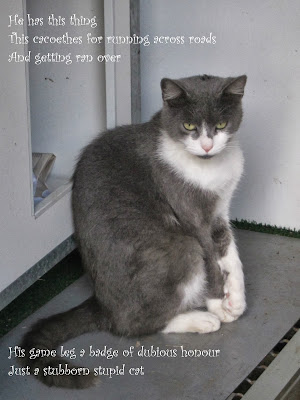 He has this thing

Posted by spacedlaw at Saturday, October 26, 2013 No comments: 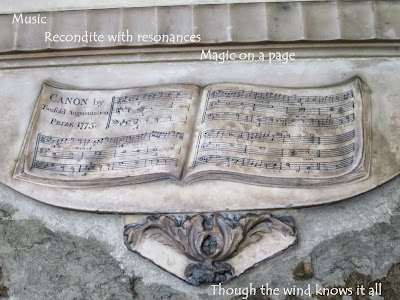 Posted by spacedlaw at Friday, October 25, 2013 No comments: