-verb
1. (intr.) to come back to a former place or state
2. (trans.) to give, take, or carry back; replace or restore
3. (trans.) to repay or recompense, especially with something of equivalent value
4. (trans.) to earn or yield (profit or interest) as an income from an investment or venture
5. (intr.) to come back or revert in thought or speech
6. (intr.) to recur or reappear
7. to answer or reply
8. (trans.) to vote into office; elect
9. (trans.) (law) (of a jury) to deliver or render (a verdict)
10. (trans.) to send back or reflect (light or sound)
11. (trans.) to submit (a report, etc.) about (someone or something) to someone in authority
12. (trans.) (cards) to lead back (the suit led by one's partner)
13. (trans.) (ball games) to hit, throw, or play (a ball) back
14. (trans.) (architecture) to turn (a part, decorative moulding, etc.) away from its original direction
-noun
15. the act or an instance of coming back
16. something that is given or sent back, especially unsatisfactory merchandise returned to the maker or supplier or a theatre ticket sent back by a purchaser for resale
17. the act or an instance of putting, sending, or carrying back; replacement or restoration
18. (often plural) the yield, revenue, or profit accruing from an investment, transaction, or venture
19. the act or an instance of reciprocation or repayment
20. a recurrence or reappearance
21. an official report, especially of the financial condition of a company
22. a form (a tax return) on which a statement concerning one's taxable income is made
23. the statement itself
24. (often plural) a statement of the votes counted at an election or poll
25. an answer or reply
26. (British) short for return ticket
27. (New Zealand, informal) a second helping of food served at a table
28. (architecture)
a. a part of a building that forms an angle with the façade
b. any part of an architectural feature that forms an angle with the main part
29. (law) a report by a bailiff or other officer on the outcome of a formal document such as a claim, summons, etc., issued by a court
30. (cards) a lead of a card in the suit that one's partner has previously led
31. (ball games) the act of playing or throwing a ball back
-adj.
32. of, relating to, or characterized by a return
33. denoting a second, reciprocated occasion 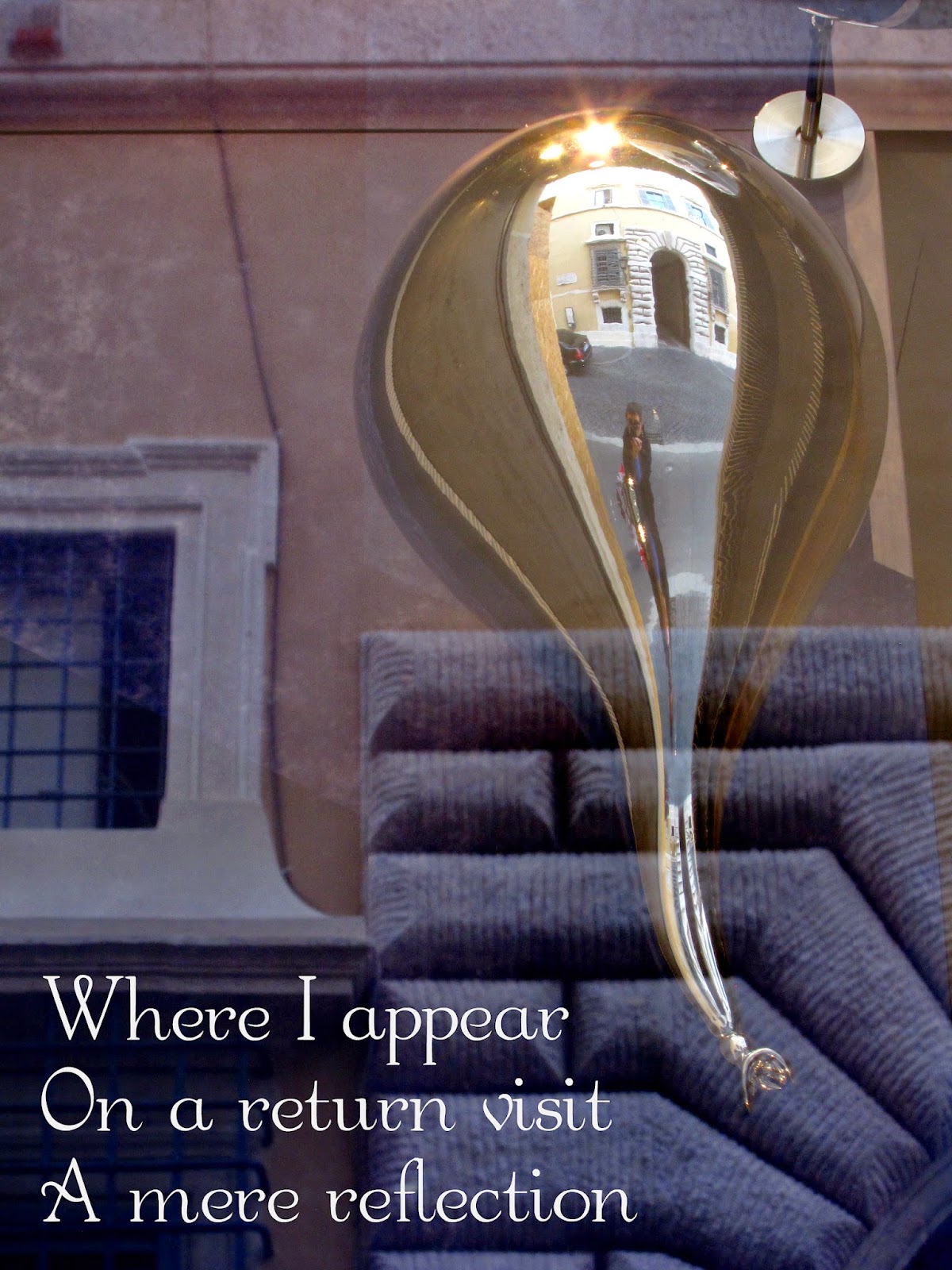 Where I appear
On a return visit
A mere reflection