-verb
1. to separate or become separated into two or more pieces
2. to damage or become damaged so as to be inoperative
3. to crack or become cracked without separating
4. to burst or cut the surface of (skin, etc.)
5. to discontinue or become discontinued
6. to disperse or become dispersed
7. (trans.) to fail to observe (an agreement, promise, law, etc.)
8. (followed by “with”) . to discontinue an association (with)
9. to disclose or be disclosed
10. (trans.) to fracture (a bone) in (a limb, etc.)
11. (trans.) to divide (something complete or perfect)
12. to bring or come to an end
13. (trans.) to bring to an end by or as if by force
14. ( when intr., often followed by “out”) to escape (from)
15. to weaken or overwhelm or be weakened or overwhelmed, as in spirit
16. (trans.) to cut through or penetrate
17. (trans.) to improve on or surpass
18. (trans.; often followed by “in”) to accustom (a horse) to the bridle and saddle, to being ridden, etc.
19. (trans. ; often followed by “of”) to cause (a person) to give up (a habit)
20. (trans.) to weaken the impact or force of
21. (trans.) to decipher
22. (trans.) to lose the order of
23. (trans.) to reduce to poverty or the state of bankruptcy
24. ( when intr., followed by “into”) to obtain, give, or receive smaller units in exchange for; change
25. (transitive) mainly military
to demote to a lower rank
26. (intr; often foll by from or out of)
to proceed suddenly
27. (intr.) to come into being
28. (intr.; followed by “into” or “out into”)
a. to burst into song, laughter, etc.
b. to change to a faster pace
29. (trans.) to open with explosives
30. (intr.) (of waves)
a. (often followed by “against”) to strike violently
b. to collapse into foam or surf
31. (intr.) (in particular of fish) . to appear above the surface of the water
32. (intr.) (of the amniotic fluid surrounding an unborn baby) . to be released when the amniotic sac ruptures in the first stage of labour
33. (intr.) (informal , mainly US) to turn out in a specified manner
34. (intr.) (of prices, especially stock exchange quotations) . to fall sharply
35. (intr.) to make a sudden effort, as in running, horse racing, etc.
36. (intr.) (cricket) (of a ball) . to change direction on bouncing
37. (trans.) (cricket) (of a player) . to knock down at least one bail from (a wicket)
38. (intr.) (billiards , snooker) . to scatter the balls at the start of a game
39. (intr.) (horse racing) . to commence running in a race
40. (intr.) (boxing , wrestling) . (of two fighters) to separate from a clinch
41. (intr.) (music)
a. (of the male voice) to undergo a change in register, quality, and range at puberty
b. (of the voice or some instruments) to undergo a change in tone, quality, etc., when changing registers
42. (intr.) (phonetics) . (of a vowel) to turn into a diphthong, in particular as a development in the language
43. (trans.) to open the breech of (certain firearms) by snapping the barrel away from the butt on its hinge
44. (trans.) to interrupt the flow of current in (an electrical circuit)
45. (intr.) (informal , mainly US) . to become successful; make a breakthrough
-noun
46. the act or result of breaking; fracture
47. a crack formed as the result of breaking
48. a brief respite or interval between two actions
49. a sudden rush, especially to escape
50. a breach in a relationship
51. any sudden interruption in a continuous action
52. (British) . a short period between classes at school (US and Canadian equivalent : recess)
53. (informal) a fortunate opportunity, in particular to prove oneself
54. (informal) a piece of (good or bad) luck
55. (especially in a stock exchange) . a sudden and substantial decline in prices
56. (prosody) . a pause in a line of verse; caesura
57. (billiards , snooker)
a. a series of successful shots during one turn
b. the points scored in such a series
58. (billiards , snooker)
a. the opening shot with the cue ball that scatters the placed balls
b. the right to take this first shot
59. (Also called : service break, break of serve tennis) . the act or instance of breaking an opponent's service
60. one of the intervals in a sporting contest
61. (horse racing) the start of a race
62. (in tenpin bowling) . failure to knock down all the pins after the second attempt
63. (music)
a. (jazz) a short usually improvised solo passage
b. an instrumental passage in a pop song
64. a discontinuity in an electrical circuit
65. access to a radio channel by a citizens' band operator
-exclamation
66. (boxing , wrestling) . a command by a referee for two opponents to separate 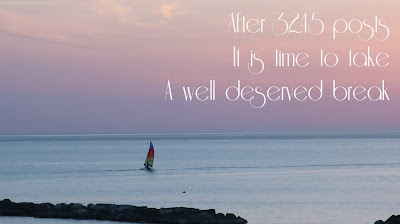 -noun
1. dry fine powdery material, such as particles of dirt, earth or pollen
2. a cloud of such fine particles
3. the powdery particles to which something is thought to be reduced by death, decay, or disintegration
4. the mortal body of man
5. the corpse of a dead person
6. the earth; ground
7. (informal) a disturbance; fuss
8. something of little or no worth
9. (informal) .(in mining jargon) . silicosis or any similar respiratory disease
10. ashes or household refuse
-verb
11. (trans.) to sprinkle or cover (something) with (dust or some other powdery substance)
12. to remove dust by wiping, sweeping, or brushing
13. (archaic) .to make or become dirty with dust 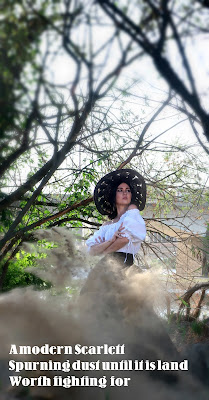 A modern Scarlett
Spurning dust until it is land


Posted by spacedlaw at Wednesday, August 02, 2017 No comments: Links to this post

-noun
1. soft light particles, such as the down or nap of cotton or wool
2. any light downy substance
3. an object, matter, etc, of little importance; trifle
4. (informal) . a mistake, in particular when speaking or reading lines or performing music
5. (informal) (everyday sexism). a young woman
-verb
6. to make or become soft and puffy by shaking or patting; puff up
7. (informal) . to make a mistake in performing (an action, dramatic speech, music, etc.) 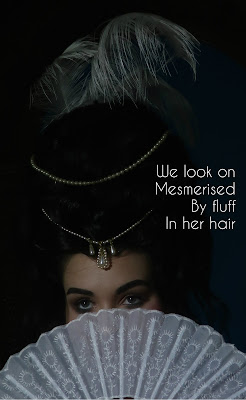 We look on
Mesmerised
By fluff
In her hair

Posted by spacedlaw at Tuesday, August 01, 2017 No comments: Links to this post