-adj
1.  having or showing continuing allegiance
2.  faithful to one's country, government, etc.
3.  of or expressing loyalty 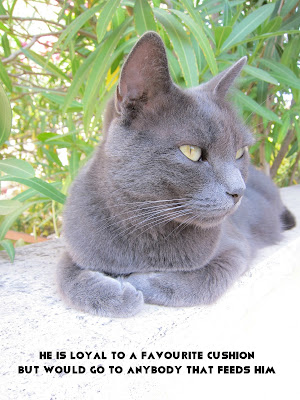 Posted by spacedlaw at Saturday, August 31, 2013 No comments: Links to this post

-noun
1. the act or state of touching physically
2. the state or fact of close association or communication
3. a junction of two or more electrical conductors
4. the part of the conductors that makes the junction
5. the part of an electrical device to which such connections are made
6. an acquaintance, especially one who might be useful in business, as a means of introduction, etc.
7. any person who has been exposed to a contagious disease
8. (photography) Also called “contact print” . a photographic print made by exposing the printing paper through a negative placed directly onto it
-verb
9. (when intr., often followed by “with”) . to put, come, or be in association, touch, or communication 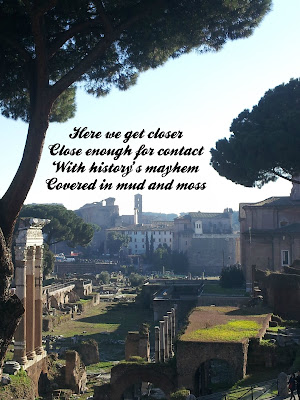 Here we get closer
Close enough for contact
With history’s mayhem
Covered in mud and moss
Posted by spacedlaw at Friday, August 30, 2013 No comments: Links to this post

-adj.
1. not drunk
2. not given to excessive indulgence in drink or any other activity
3. sedate and rational
4. (of colours) plain and dull or subdued
5. free from exaggeration or speculation
-verb
6. usually followed by” up” . to make or become less intoxicated, reckless, etc. 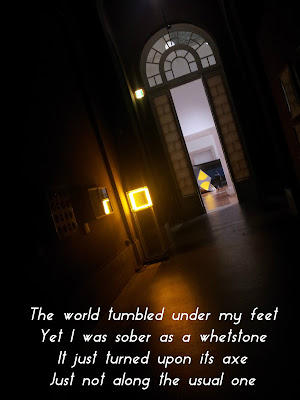 Posted by spacedlaw at Thursday, August 29, 2013 No comments: Links to this post

-noun
1.a long tube of metal, plastic, etc., used to convey water, oil, gas, etc.
2. a long tube or case
3. an object made in any of various shapes and sizes, consisting of a small bowl with an attached tubular stem, in which tobacco or other substances are smoked
4. Also called “pipeful” . the amount of tobacco that fills the bowl of a pipe
5. (zoology,botany) .any of various hollow organs, such as the respiratory passage of certain animals
6. any musical instrument whose sound production results from the vibration of an air column in a simple tube
7. any of the tubular devices on an organ, in which air is made to vibrate either directly, as in a flue pipe, or by means of a reed
8. an obsolete three-holed wind instrument, held in the left hand while played and accompanied by the tabor.
9. Also called “the pipes” . Bagpipes
10. a shrill voice or sound, as of a bird
11. a boatswain's pipe
12. the sound it makes
13. plural (informal) . the respiratory tract or vocal cords
14. (metallurgy) . a conical hole in the head of an ingot, made by escaping gas as the metal cools
15. a cylindrical vein of rich ore, such as one of the vertical diamond-bearing veins at Kimberley, South Africa
16. Also called “volcanic pipe” . a vertical cylindrical passage in a volcano through which molten lava is forced during eruption
17. (US,slang) . something easy to do, especially a simple course in college
-verb
18. to play (music) on a pipe
19. (trans.) . to summon or lead by a pipe
20. to utter (something) shrilly
21. to signal orders to (the crew) by a boatswain's pipe
22. (trans.) . to signal the arrival or departure of
23. (trans.) . to convey (water, gas, etc.) by a pipe or pipes
24. (trans.) . to provide with pipes
25. (trans.) . to trim (an article, esp of clothing) with piping
26. (trans.) . to force (cream, icing, etc.) through a shaped nozzle to decorate food 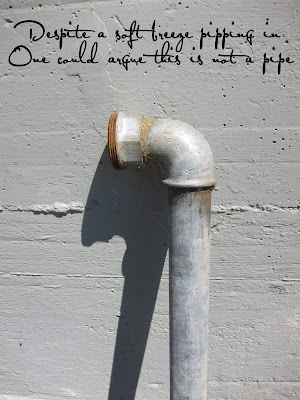 
Posted by spacedlaw at Wednesday, August 28, 2013 No comments: Links to this post

-verb
1. to shake or tremble, as from cold or fear
2. (of a sail) to luff; flap or shake
3. (of a sailing vessel) to sail close enough to the wind to make the sails luff
-noun
4. the act of shivering; a tremulous motion
5. also “the shivers” . an attack of shivering, especially through fear or illness 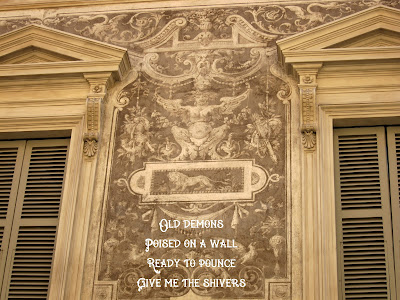 Old demons
Poised on a wall
Ready to pounce
Give me the shivers
Posted by spacedlaw at Tuesday, August 27, 2013 No comments: Links to this post

-noun
1. space or extent, especially unoccupied or unobstructed space for a particular purpose
2. an area within a building enclosed by a floor, a ceiling, and walls or partitions
3. functioning as singular or plural . the people present in a room
4. followed by “for” opportunity or scope
5. plural . a part of a house, hotel, etc., that is rented out as separate accommodation; lodgings
6. a euphemistic word for lavatory
-verb
7. (intr.)(mainly US) to occupy or share a room or lodging 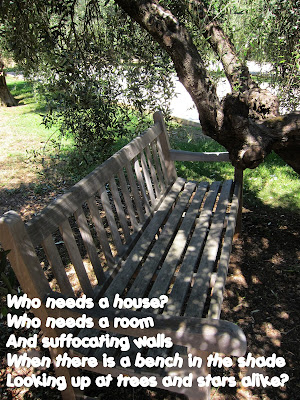 Who needs a house?
Who needs a room
And suffocating walls
When there is a bench in the shade
Looking up at trees and stars alike?

Posted by spacedlaw at Monday, August 26, 2013 No comments: Links to this post

-noun
1. a variety of peach tree,Prunus persica nectarina
2. the fruit of this tree, which has a smooth skin 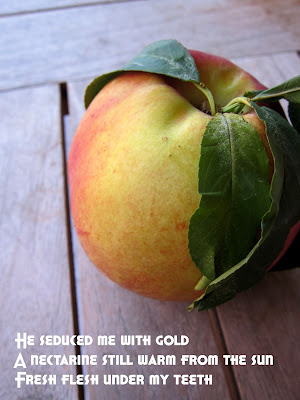 He seduced me with gold
A nectarine still warm from the sun
Fresh flesh under my teeth
Posted by spacedlaw at Sunday, August 25, 2013 No comments: Links to this post 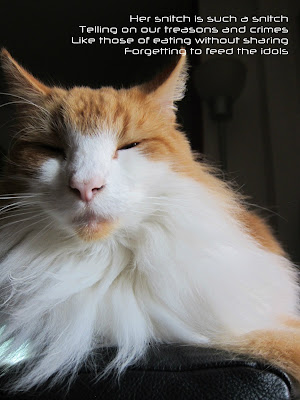 Her snitch is such a snitch
Telling on our treasons and crimes
Like those of eating without sharing
Forgetting to feed the idols
Posted by spacedlaw at Saturday, August 24, 2013 No comments: Links to this post