-adj.
1. expressing or meaning a refusal or denial
2. lacking positive or affirmative qualities, such as enthusiasm, interest, or optimism
3. showing or tending towards opposition or resistance
4. . measured in a direction opposite to that regarded as positive
5. having the same magnitude but opposite sense to an equivalent positive quantity
6. (biology) . indicating movement or growth away from a particular stimulus
7. (medicine) . (of the results of a diagnostic test) indicating absence of the disease or condition for which the test was made
8. (physics)
a. (of an electric charge) having the same polarity as the charge of an electron
b. (of a body, system, ion, etc.) having a negative electric charge; having an excess of electrons
c. (of a point in an electric circuit) having a lower electrical potential than some other point with an assigned zero potential
9. short for electronegative
10. of or relating to a photographic negative
11. (logic) . (of a categorial proposition) denying the satisfaction by the subject of the predicate
12. (astrology) . of, relating to, or governed by the signs of the zodiac of the earth and water classifications, which are thought to be associated with a receptive passive nature
13. short for Rh negative
-noun
14. a statement or act of denial, refusal, or negation
15. a negative person or thing
16. (photography) . a piece of photographic film or a plate, previously exposed and developed, showing an image that has a reversal of tones (in black-and-white photography) or in complementary colours to the subject (in colour photography)
17. (physics) . a negative object, such as a terminal or a plate in a voltaic cell
18. a sentence or other linguistic element with a negative meaning, as the English word not
19. a quantity less than zero or a quantity to be subtracted
20. (logic) . a negative proposition
21. (archaic) . the right of veto
22. (military communications) . a signal code word for no
-verb (trans.)
23. to deny or nullify; negate
24. to show to be false; disprove
25. to refuse to consent to or approve of 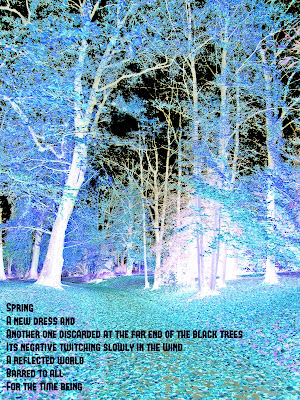